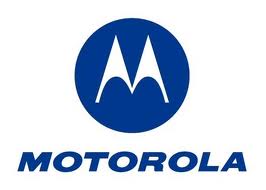 To whom it may concern,

It was hard to believe that with two degrees in Mechanical Engineering, I was unemployed after working with Tellabs in Chicago for 5 years. Luckily, I learned about DESIGN-ENGINE|EDUCATION at a conference. I wanted to learn tools and techniques for surfacing and plastics, because I knew that would pay more. After meeting with the training faculty at Design Engine to setup my curriculum, I met with my unemployment case worker to explain the training program. Halfway through my training, I interviewed with Motorola. I showed the hiring manager surfacing models I developed in the first 11 days of my training, and was hired.

The education I had with Design Engine is unlike programs I had previously taken. The training was fast paced, and the small classes allowed for enough attention from the instructor and time on the software. The proe training class was unique because it was less about just learning the tools and more about design using impressive surfacing software. For example, instead of building a surface based on shape alone, we looked at how light reflects the shape as well. In class worked with over 20 tutorials focusing on Pro/Surface and ISDX. I learned how industrial designers prove form, studied how to capture form from foam models, modeled things from hand-held products to shoes as well as learned how to approach building surfacing and solid models. If you are looking for an engaging training experience I suggest contacting DESIGN-ENGINE|EDUCATION to sign up right away.

To Who It May Concern,

I am writing to thank you for the services your company offered Motorola in March and April of 1997. I did not have a chance to meet the individual you were able to place for us as I was in Singapore during the time he was here. I have met with the individuals who worked with him and I have collected feedback. The consultant you placed with us, Mr. Bart Brejcha worked very well with our team in International Paging.

Our engineering team benefited from Bart’s Pro/Engineer surfacing experience and training. Bart also contributed to the completion of a second pager housing and a few components for which we required models. Overall our experience with Bart’s placement was both beneficial and positive.