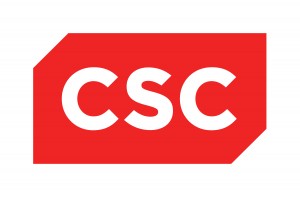 I attended the ISDX course delivered by Bart Brejcha from DESIGN-ENGINE|EDUCATION and overall I thought the course was very successful and did indeed send the students out of the course excited about the new skills learned.

The course was run over two fairly intensive days. All of the attendees were proficient Pro/Engineer users and this was essential because, the way the course was run, lesser users would have struggled.

As promised, the method of training was very different both from other courses that I have attended and also the courses that I deliver myself. The first thing I noticed was that there was no training notes! Initially this appeared to be a bad idea but looking back on the style of training, at the end of the day, it didn’t really affect the success of the course. However, I still think the course could be improved if a set of notes were provided. This is for two reasons:

Throughout the course, the instructor Bart Brejcha, was both extremely knowledgeable and enthusiastic about the ISDX tool. This enthusiasm was passed on to myself and the other trainees and could be seen during the hands-on exercises where trainees were not only repeating what had been demonstrated but also furthering the models by utilizing the newly acquired skills. This alone provided a means of measuring the success of the training as it demonstrated that not only had the trainees learnt new skills, they were keen to get on and use them.

Overall I feel the course was very successful and I thoroughly enjoyed both days as, it would appear, did the other people attending the course. In addition to teaching me ISDX, as a result of this course I could now consider building some of the training techniques employed by DESIGN-ENGINE|EDUCATION into my own Pro/Engineer training courses delivered to MBDA.

With this in mind, I think the following conclusions can be made from the ISDX training provided to us by DESIGN-ENGINE|EDUCATION.